“As ye shall sow, so you shall reap,” has never been more true than in 2016 when the Khazarian mafia’s long list of crimes against humanity began to finally catch up with them. That year saw the removal from power and/or from this world of many top Khazarian mobsters including the Rockefellers, the Bushes, the Clintons and top henchmen like George Soros and Barack Obama. We also saw a revolt in the Anglo Saxon world that led to the end of Khazarian controlled regimes in the UK (Brexit) and the US (the election of the Donald Trump military government). Now in 2017, the Year of the Rooster, their chickens are really going to come home to roost. This will be the year of mass arrests, war crime trials and regime change as the final mop up of Khazarian mob rule takes place, sources in the Pentagon, the Gnostic Illuminati, Asian Secret Societies and the White Dragon Society all agree.

In the US, the arrest of over 15,000 Khazarian mobsters by the FBI already began January 1st, Pentagon sources say. The perpetrators of 911, the illegal Iraq invasion, the Fukushima tsunami and nuclear terror attacks on Japan and other crimes against humanity are being rounded up and there will be public disclosure about this in all major mass media, WDS sources promise.

“Cabal underground bases in Nevada, Denver, New Zealand as well as a cloning base under Camp David were destroyed and more bases in Australia, San Diego, Hawaii and Arkansas may be targeted,” the Pentagon sources report. “As Cabalists seek to escape to New Zealand, Congo, Brazil, or Paraguay, there may be more kinetic actions to stop them,” the sources promise.


In Asia meanwhile, there is fear, confusion and hope as the full implications of the decapitation of the Khazarian mafia begin to sink in at government level, multiple sources agree. There has been an especially large of amount of secret activity in Japan, Japanese right wing sources say.

We have confirmed from sources in the Japanese Royal Family and in the Cabinet of Prime Minister Shinzo Abe that Supreme Court Judge Hisashi Owada, who is also father to Princess Masako was
detained in Switzerland last week at the BIS when he was caught trying to cash some Sino-Japanese war reparations bonds. Owada was trying to cash the bonds to make up for losses incurred by former Japanese Prime Ministers Yasuo Fukuda and Junnichiro Koizumi when they invested special Japanese Foreign Ministry funds in stocks, the sources say. “He may be the Crown Princesses’ father but he is not the Emperor and that is why he was arrested,” a Japanese right winger close to the imperial family noted.

Owada was one of the Rockefeller’s most senior agents in Japan and his detention has sent shock waves through the Japanese establishment. Another senior Rockefeller agent, Yotaro Kobayashi of the Trilateral Commission has also been trying, in vain, to cash large denomination financial instruments while claiming there is no such thing as the dragon family. Yakuza agents have been dispatched to deal with him, Japanese right wing sources say.

The Chinese and Japanese establishments, which both invested heavily in the campaign of Hillary Clinton for President of the US are still reeling with shock over this loss which finally drove home to them the reality of regime change at the very highest level in the West. 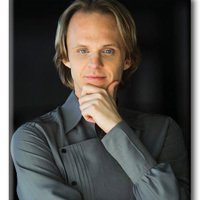 Yes, my channel is back up. I am about to write an update to the article:

The fact that a single individual was able to destroy my channel for that long, in an obvious fraud, is certainly troubling.

I am about to write the update to this article but my point is that this is not over. There is no way to know if the Cabal was behind this but some insiders have told me this is exactly how they do it.