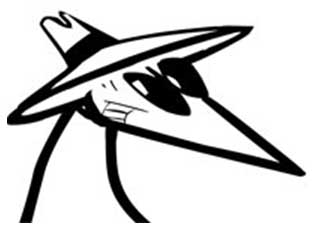 The mess that we are in has been going on for thousands of years and has been perpetrated by alien beings, entities and rogue human / hybrids.

The cabal has been hiding ancient technology that is astounding to the world and will eventually be released like Time-Space continuum, light speeds and cycles of the universe which we will have some info on in coming weeks.

Trump is draining the swamp and the bottom will be reached in 2 months by the end of May.

There was an open message sent to the Pentagon, FBI and CIA explaining what foreign groups have done to our nation.

Here is a synopsis: (historical facts they didn't teach you in school)

3. Civil War of 1861 - There was no declaration or Peace Treaty of this banker attempt to take over America by the British in the north and the French in the south.


5. Federal Reserve control by foreign bankers began in 1913 after J.P. Morgan sank the Olympic off of the coast of America and lied that it was the Titanic.

6. WW 1 was started in 1917 to depose the Czar of Russia by the Khazars to rape Russia of its resources which are larger than those of the U.S.

8. 1941 - WW 2 another attempt by Hitler and the Vatican to take over Russia...which was thwarted.

The cabal is zero for 3 if one includes Napoleon's try at Russia.

A war today with Russia would be very stupid because they have become technically dominant and can defeat us.

9. Hitler was financed by the Bushes (Scherff), General Electric, Ford, Bayer, BMW and the Harriman bank of NYC.

Many Nazis came to America under operation Paperclip.

1. Remove all rogue elements from the U.S.

2. Reduce foreign bases from 900 to acceptable levels and perform projects for humanity including cleaning up the planet.

3. Cease and desist of all technology that is damaging to humanity like Clones, Cern, Super Soldiers, Artificial Intelligence, Weather Modification, GMO's, Fluoride and Secret Space Programs.

4. Cease black budgets and return money to the people.

5. Stop the international drug epidemic run by the Bushes and crony bankers who launder their money.

6. Shut down DHS, NASA, FED and IRS for openers.

7. Discontinue all secret trading with off world entities that kill and eat humans.

Pedogate is not just perpetrated by humans.

A large percentage of people don't understand the massive depth of this problem that has infested earth for thousands of years by secret controllers.

There are millions of people worldwide involved and many are not totally human.

Our success since 1979 was slow initially...however...we have made decent progress in the last 20 years and have been succeeding at a monstrous pace in the last 6 years.

This proved to be the best strategy because a war against them would lead to 80% casualties on both sides and massive destruction of our infrastructure and food sources.