The Vietnam War claimed 2 million civilians on both sides of the country's violent political history.

In comparison, roughly 60,000 American soldiers died during the United States' involvement in the conflict.

The Vietnamese people were just protecting their homeland, while the western militaries were there to seed democracy and stop the spread of communism across Southeast Asia.

Or so the story is told in western history books.  But the true motivation behind the Vietnam War--and all wars in Southeast Asia--was not some righteous military stand for political ideology, rather, it was the capture of governments that controlled the natural resources of the land.

That is why all wars are waged in the end--control of natural resources--because every government and ideology comes and goes over time, but the mountains, rivers and oceans always remain.

Still unknown due to western media propaganda is that Vietnam is actually well endowed with natural mineral resources, including untold amounts of  unmined, in-ground assets that are incredibly lucrative and have yet to be developed.

For this reason, Russia and China are today the major investors in Vietnam and the western world is no longer allowed to own a majority of property or land in Southeast Asia.

As far as the Vietnamese currency is concerned (Dong or Dollar), some global banks are changing their policies now expecting all of Asia to implement a gold backed currency revaluation soon.

The Dong is anticipated to becoming asset backed with their own natural resources in May, and will join a growing movement globally to creating a new / old gold baseline for determining fair value.

Currently, the Vietnamese economy has transformed into a cheap but reliable manufacturing hub for the world.  But the Dong is still undervalued from the Vietnam War era ($22,700 VND to $1.00 USD).

With an updated gold monetary policy, commitment to mining natural resources, strong manufacturing sector and reset of the nation's currency, Vietnam is poised to take the next step and both breakout on the international economic stage, as well as diplomatically erase some of the horrors of their violent past. 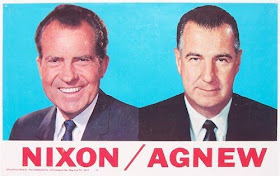 Precedent means there is a recorded history of an event happening before.

There’s a school of thought that says a key reason the Republican congressional majority would assent to a Trump impeachment / resignation because the GOP would get the president they really wanted, current Vice President Mike Pence.

Although Pence was Governor of Indiana when he and Trump ran in 2016, he never had any known aspirations of becoming President.

Pence also is too far a right conservative to win a national election, let alone be re-elected in 2020 should Trump exit the White House prematurely.

So who will be the next US President?

A little House of Representative history lesson: Less than a year before Richard M. Nixon’s resignation as President of the United States (August 8, 1974), Spiro Agnew became the first U.S. Vice President to resign in disgrace.

Agnew was immediately replaced by Gerald Ford, who was then the minority whip in the House of Representatives.  And when Nixon resigned in June 1974, in stepped Ford not Agnew as the next President.

This is perhaps the precedent many in the GOP are searching for to leap over a Pence and select Speaker Paul Ryan as the 46th President.

Also, Ryan is much more electable in 2020, and certainly more popular in GOP fundraising circles which will immediately help repair the party's image for the 2018 mid-term elections, where Republicans will now be challenged to keep their majority in Congress after just 4 months of a Trump Administration.

Many are suggestion that after Trump resigns or is impeached, Ryan and not Pence will be vaulted into the Oval Office for the greater good of both country and party.  And Pence will simply resign and return home to Indiana.

Ironically, both men are living in their 46th year of life as both men are 45 years of age and come from very similar grass roots,
with independently made backgrounds.

If and when impeachment proceedings begin in House of Representatives, the House will select the next President, and the Senate the next Vice President per the US Constitution.

Only if a President is declared disabled or physically unfit to lead is the Vice President automatically elevated into the presidency per the 25th Amendment of the US Constitution.

This was the case for LBJ after President Kennedy was assonated.

Also under the US Constitution, impeachment proceedings begin in the House of Representatives only if a majority approve the articles of impeachment previously approved in House Judiciary Oversight Committee.

This why fired FBI Director James Comey's public testimony next Wednesday at 9:30am is so important.

He'll be explaining his memos to the American people before the House Judiciary Oversight Committee--who will most likely recommend Ryan impeachment  to House Speaker Ryan.

But no sitting US President has ever been impeached technically--even Nixon--as they all have resigned well before the Senate can vote.  And most leave even before the House votes (the exception being Bill Clinton, who lost the vote and was impeached in the Republican majority House, but won the vote in the Democratic majority Senate and remained President.

So in many ways, our next President is already of this precedent and is right now preparing to take the job.  Be that Pence or Ryan.

Perhaps this is why both politicians are laying low in the weeds while Trump is still being slaughtered in the press ... and on an hourly basis.
enerchi at 5/18/2017 11:23:00 AM
Share
‹
›
Home
View web version