Received via email from Yosef ..... 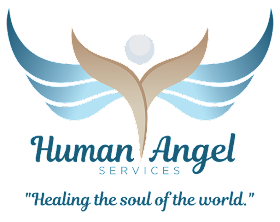 In regards to this loyalty declaration post about The Big Call...

Bob of Boomer Boost fame is a business man, his product effectiveness and quality aside, he contacted Bruce and offered to sponsor his show well over a year ago.

Bruce took the money but didn't tell his audience there was going to be a sponsor, he subtly just brought Bob on as part of the show.

I got that from Bob himself.

Sales were so good, Bob offered Bruce a commission to increase his Boomer Boost exposure.

Slowly over the course of several months, Bruce secretly replaced callers (the purpose of The Big Call which stands for Blessed Ideas Group) with more Boomer Boost time and now speaks as a pitchman with more than half of his total airtime.

Notice how Bruce NEVER takes calls anymore from his audience because the questions were too repetitive after 5 years, and he developed a sustain for Dinarland.


Bruce has personally said, " I don't care about Dinarland anymore, I just want to sell as much Boomer Boost as I can before the RV."

This comes from a reliable source.

Also, Bruce has never made any tithing offering to Pastor Stephen or his church.  Odd given the time he devotes to prayers.

Not one penny, yet Pastor selflessly continues praying and sharing Christ's love with Bruce's audience because it's the right thing to do.

Sue earns income off the sale of her tapes as well as setting private appointments with Big Call listeners as their life coach.

Bob has done very well selling Boomer Boost through the same Big Call audience yet offers them no additional benefits or any tithing offering to Pastor Stephen, and now considers it a lucrative twice a week advertising infomercial and why he runs the board.

Where's Kent?  And why did Yosef suddenly break away from Bruce over Wells Fargo fraud intel that was never reported in Bruce's call?

Also, where have all the Big Ideas gone for the Group?

Truth is their never were any.

The whole Veterans Retreat Network has no teeth.  No planning.  No substance.  It's a lost leader Charity concept that plays well to Bruce's 50+, traditional Christian, health obsessed audience.

Its an insult not an aid to veterans.

Bruce consciously chose to monetize his audience a long time ago yet offered his audience no warning of his decision as well as nothing additional in return for their loyalty.

That my Christian friends is a sin because not only are Bruce and Bob profiting without sharing any of his proceeds with his Big Call church, they choose not to reveal their secrete plan to anyone but themselves after being called out.

Bruce is in the business of big denials not big ideas.

The best thing for Bruce to do right now is to step away permanently from this community.

And stop hiding the other hidden fact that Wells Fargo was and is still feeding him information with the promise of starting a Wells Fargo Bank for and with him in the Caribbean.

Making Bruce's intel tainted at best, and no longer relevant but deeply immoral.

Bruce knows this, and as a Christian must either reign or confuse the lie.  He has proven to have no respect for his audience and continues to pursue this deceitful self enrich game at others expense

Bruce is about Bruce.  And while he may not have started this way, it's certainly how he chose to end up.

No more Bruce.  No more Big Call either.  It's a giant lie and you are nothing but he lead liar with a great radio voice.

RayRen too... the fact he's still doing a TNT call after Tony went to jail for fraud tells you something about RayRen's deeper motivation.

He like Bruce offers nothing of substance to this community yet continues to accept donations sent in by loyal TNT fans that generate tens of thousands of dollars for you guessed it... RayRen.

But RayRen never says a word about this, just does his show and stats below the radar.  That's why he had to change the name of the show because of Tony's probation.

I'm sure Tony is still getting a passive cut of what RayRen is harvesting via Tony's dwindling old audience.

Know RayRen is a devout Mason just like his Brother, just like Winston (D.C.)... as all were in on scamming Dinarland by promoting illegally printed Dinar sales operated by Winston's father-in-law Dick Cheney.

Sterling Currency was a Bush/Cheney illegal IQD printing operation paying under the table commissions to several Dinar shows, TNT the biggest, for promoting their product all be it subtly.

When Sterling was shut down by the FBI, Tony was shut down as well and prosecuted (for another crime).  The authorities didn't want to scare Dinarland so the convicted him on another charge, but could have done both.

These thieves were doing 3 calls a week to pump up their own revenues, not give quality Intel away to their 30,000 plus innocent people in their hang on every word audience.

TNT has never gave back to the currency community, nor planned to.  At least Zap is begging for other people including himself and dispersing money honorably when harvested.

Both "Intel" calls are now nothing but cash grabs pre RV with no serious plans or commitment post RV for anyone listening, and neither front man is genuine about serving the greater good long term as humanitarians judging by their own actions.

They offer nothing to anyone but themselves!

And this is why both shows are dragging behind creatively because neither host cares about their audience enough to pay for additional amenities or content and develop programming beyond what they offered a decade ago.

That's why Bruce is taking a month off.  So people will forget about the Big Call, so he can move on from all the sheepeople!

Both hosts are now just "playing out the string" pre RV and squeezing as much profit out of their audiences as possible in their own currency redemption waiting room.

And sadly their audiences are just too conditioned to see their evil ways.  As there literally is no more additional value anywhere to be found in Dinarland.

In fact, Dinarland is dead because of Bruce and RayRen.  And each host lacks the moral character to tell anyone of their hold and release plans as each feels it would negatively impact their own pocket books.

And if you honestly search your heart you'll know deep down everything stated above as truth.

And now that you know the truth, what decisions will you make moving forward?

Hopefully a boycott of TNT and The Big Call are in your not so secrete plans.