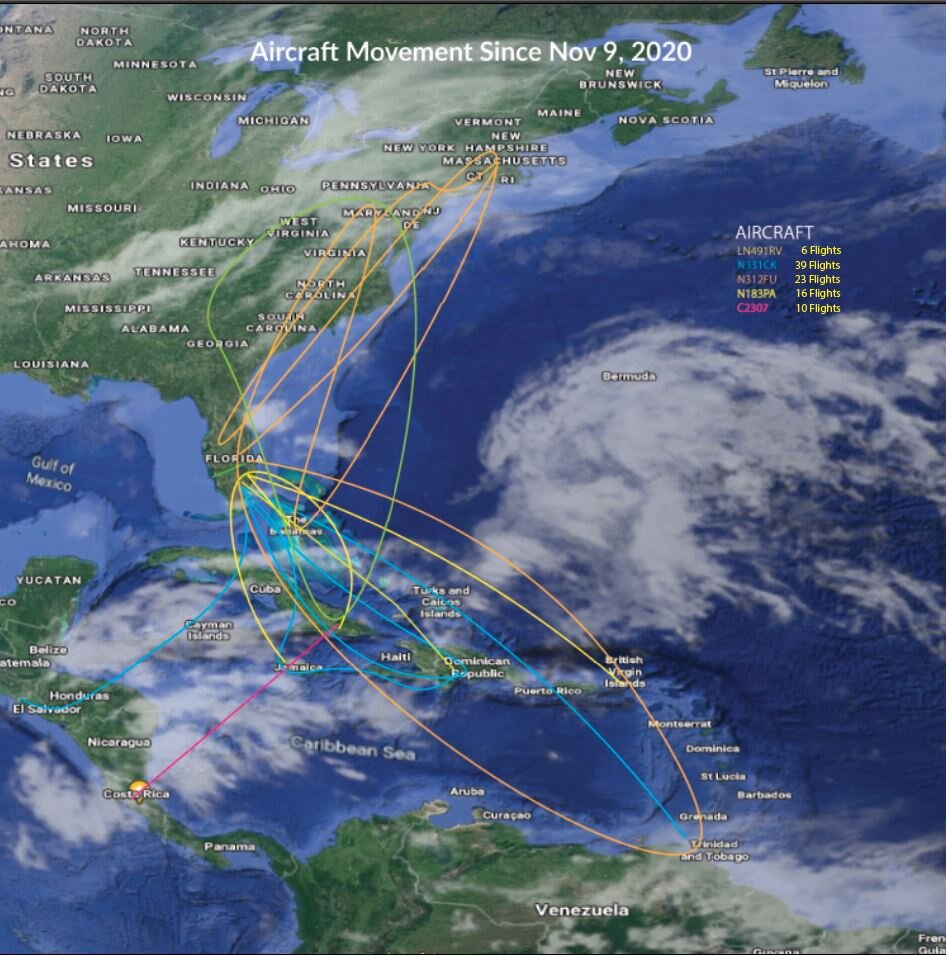 Over the past few weeks, record numbers of military aircraft have taken to the skies over the United States. Normally, we see a number in the 250 range but the increase had us in the 1600+ range for several days. It is important to note that the military doesn’t always “squawk” on a transponder we can see, so the numbers are likely much higher.

In addition to this, there has been an uptick in the flight activity for known “farm birds” to black sites (shown in the picture above). Which, historically in the past, this was an indication we were about to see something big hit the news (e.g Epstein, Maxwell, etc). This “surge” however, seems to be continuing on like a never-ending gobstopper. Five aircraft are responsible for nearly 100 flights in just a few weeks.

Combine the two activities, and one could come to the conclusion we are about to see something go down that will certainly be historical in nature.

What does it all mean? I am looking at this from three different possible scenarios:

I say this because of several reasons. First and foremost, we know of the Dominion server that was apprehended in Germany just a few days after the election and we know the CIA is heavily involved in this activity. We have also witnessed the DOJ aircraft head to Toronto, Canada - also another home of the Dominion company. In addition to this, we have certain individuals who work for Dominion that have disappeared. Indicating they are either in hiding or they have been taken for a ride on one of our Ops birds. Given the magnitude of the crime, the need for a timely resolution, and this flurry of black site activity butted up against this event, I am inclined to say this is likely scenario #1 we are seeing unfold. However, it doesn’t fully account for the military birds.

That said, I have heard there are over 7000 cyber teams engaged in investigating this crime as well. Question is, are they military assets or civilian? Either way, more than likely they would be flying on a mix of commercial and military aircraft - assuming they are boots on the ground. If it is civilian, then the vast number of military aircraft wouldn’t be connected.