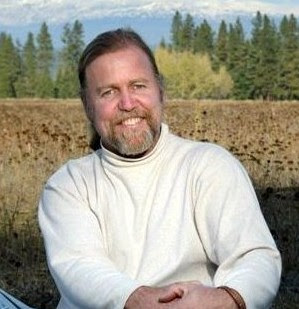 Recently because of Global and local events there has been heaviness – a barrier so to speak – between clear guidance and the chaos of social consciousness. There are ascension waves that are exponentially getting stronger to help in the awakening and healing process yet it seems we have been caught in the muck and the mire. On the Island of Maui there has been a long battle against Monsanto; which has lead to a lot of disheartening along with a complete disregard for the will of the people. There were the elections with so many of the masses misinformed with the fake news, social programming by the main stream media along with movements funded by the globalists to create separation and division. Division between the races and gender preying upon the wounds and traumas of the past in a covert psyop program being carried out by the very same people guilty of what they accused others of doing. There are a lot of powerful people at the top of the food chain guilty of sedition, treason, child trafficking, even satanic blood rituals. Yes as much as we would like to remain in denial these events have happened and we are going to have to deal with it. Our false media generated and supported leaders are falling. They will see the light of day and there will be a day of reckoning. Not just during their light review when they leave this plane but here on Earth. Many will remove themselves or be removed over the next two months.

It has been very hard to break through this barrier of chaos and denser consciousness and energy as of late. Many felt abandoned by God, the Angelic Guides and Ascended Masters as well as our spiritually and technologically advanced off-worlders. Conflicting information, or guidance that changed from moment to moment was the result of the shift we are going through. Invariably the shift has hit the fan but now the clean up has begun.

Are we going to be a part of the clean up or continue making messes? Are we going to continue in the division and separation game or bring about cooperation and unity? Will we add to the psychic turbulence or find peace within ourselves, as well as the courage and determination to take back our power?

The status quo is over. It was sick, broken, corrupt and beyond repair. The multiverse no longer supports the draconian grid; which has enslaved you for eons. Its days are numbered. It is time to release the past, reevaluate our positions and beliefs and be brutally honest with ourselves on how we came to those beliefs.

It is time for a new belief system, a new government that truly serves the people. A government based on Universal Law. Universal Peace, Brother/Sisterly Love, Individual Freedom and Prosperity for all.

Universal Law is pressing hard upon the Earth backed by the higher dimensions. It is pushing up the darkness, revealing it so as we can see and deal with it. It is also showing us our own darkness. The wounds, traumas, and wrong conclusions from the past which need healing. God is love, God heals, in its most unlimited understanding it is the one consciousness that encompasses all consciousness on all planes and dimensions throughout the multiverse. It is pure love, joy and bliss. It does have a nasty habit of pushing up and out anything that does not resonate with it. That is the source of the shift.