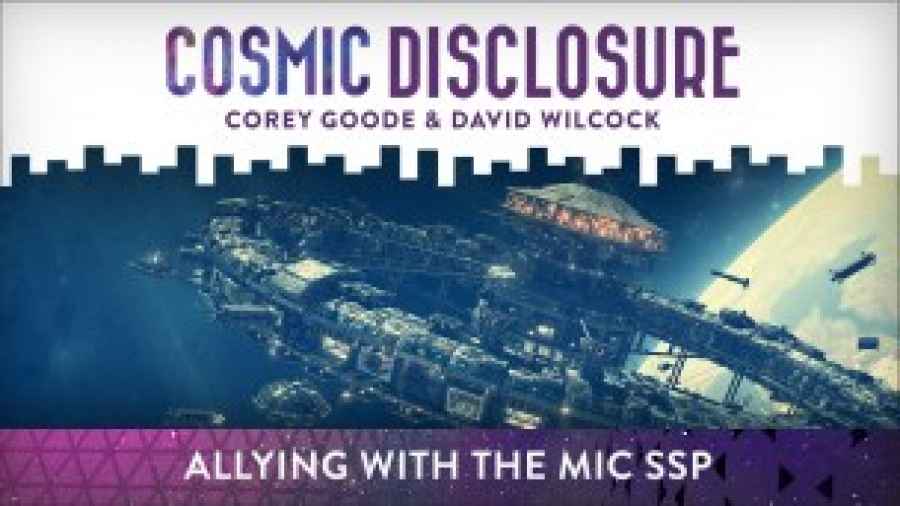 David Wilcock: All right, welcome to “Cosmic Disclosure”. I'm your host, David Wilcock, and we here with Corey Goode for another fascinating update. Without further ado, let's hit the ground running.

Corey, welcome back to the show.

David: More recently, you have started to interact with a Military-Industrial Complex Secret Space Program. There are a lot of movies out there that, according to Pete Peterson in one of the briefings he gave me recently, are showing hardware that this group actually possesses. And they're putting it out in the open – a movie like “The Avengers” that has a flying aircraft carrier.

So what is your knowledge about how this MIC group is working with Hollywood in maybe getting us ready for things that they're going to show us?

Corey: Well, according to Sigmund and everyone else I've talked to, they are planning on doing a slow, I guess, disclosure of a certain type of secret space program that, as I stated before, the DIA, NSA and Air Force have control of.

And they plan on making this program known, which most of the activity happens within 500 miles of the Earth. They have space stations and manned satellites within that 500 mile range.

And that's most of that zone that they have control over.

David: In Ronald Reagan's own handwritten book of his memoirs – comes out in 1985 while he's still President – he kind of let slip that he was aware that we could put 300 people up into orbit. And there was certainly nothing having to do with the space shuttle that would have anywhere near the capacity to hold 300 people.

So what was he talking about there?

Corey: He was referring to this program. This program . . . There are several decent sized space stations. There are manned satellites that have anywhere from three, six, eight men on duty, or I should say people on duty, that are serviced by these triangular craft. And they exchange personnel and supplies.

This is the information that our President recently received in a briefing.