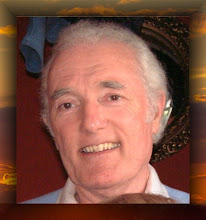 Ascension is assured and the time line is strong enough to carry it forward to completion. The year 2024 continues to be the one when it is planned to take place, although if reasons come up that necessitate a change, it may run into 2025. I mention that only to prepare you for such a possibility. A major event is still likely before this year ends and it will almost certainly relate to the coming changes. As time passes the dark Ones are losing their ability to dictate how the closing period works out, and will be out of the way a long time before the major changes take place. For the time being most of the activity will be out of your sight, but when it is safe to do so events will start to come out into the open. You will then enjoy the celebrations and happiness that will descend upon Earth at such a time.

The vibrations of your Earth are the lowest in your Solar System, which is why they feel heavy and uncomfortable to those of you who are raising yours to a higher level. However, things continue to change, the vibrations are increasing, and you will find that as you use your energies to uplift yourself they will gradually bring about subtle changes in you. Some are however the direct result of natural progression, and a quantum leap forward will come when free energy really takes hold. Of necessity it will be given to those most in need before it is issued in a more general manner. It will be the greatest advancement you will have ever been given, and alter the whole way that life functions. To a great extent it will also relieve poverty and save the Earths precious resources from further damage and extraction.


Much of the secret activity on Earth is still carried on out of your sight and looking into the future, as you evolve there will be a greater tendency to go underground where it is generally found to be safer than on the surface. The Earth’s crust goes down for several hundred miles, and is occupied at the lower levels by non-human Beings. Some have been on Earth for hundreds of years, but bear in mind that the more advanced ones most likely live for several hundred years. Man’s life span is gradually increasing as it has done for some time now, and when the vibrations lift even higher the process of aging will come to a point when it will dramatically slow down and eventually stop and you will remain at a mature but young age. The power of thought then becomes the means to present yourself as you desire.

These are times when you must keep an open mind, as so much is soon to be revealed showing that you have been misled and deceived for many, many years. It is not far from the truth to say that nothing is really as you have been led to believe. However that does depend on which source is responsible for your beliefs. Some are nearer to the truth than others, and taking all into consideration Buddhism carries more of the truth than most sources. However, those of you who have developed your intuition should get nearer to the truth than most others. If it feels right it probably is right, but always seek confirmation from other reliable sources if you can.

Obviously some beliefs are more misleading than others and it has to be said that within Christianity there are two that absolutely hold back evolution. Firstly, is the one where you are told that when you die you go to “sleep” until the time when you are caused to awaken. It is so far from the truth, as upon death you step out of your physical body and immediately into your etheric body that is an exact version of your physical body. It is perfect and is free from any of the injuries or defects that your old body may have had, and responds to the power of your thoughts. If you were of old age upon death, you can “think” yourself into a younger version if you wish. You certainly carry karma with you and in time if necessary will have to make amends.

The second misleading belief is that you were born in sin and carry it throughout your life. However, you can clear your karma at any time, and move into a period of harmony and balance. You are certainly not responsible for the sins of your Father, and any imbalance passed onto you is due to the genetics involved, or old karma. It is possible that you have elected to live with the “problems” that you were born with, simply as a means of enhancing your own experiences to advance your evolution.

Remember, that all experience has value and take care to learn the lessons that may come your way, as they will be for your advancement. If you do not at first succeed in making good your karmic lessons, you will always be given further opportunities to do so. The important point for any soul is to understand that nothing happens without good reason, although sometimes your role is to be one who takes part in experiences for the benefit of other souls. All souls are on a learning curve, and in these end times it is vital that you take note of what comes your way and act on it. It may all sound very complicated, but you are not left alone to face the challenges and your Guides are always “at your service”. They know you better than you know yourself so are best suited to give you advice.
The year 2024 is still the expected time for Ascension, and although it may sound a long way off, time is passing so quickly it will not seem long at all. So it is best to look ahead to what you have considered as your most likely path to Ascension, and plan how you are going to prepare for the changes. As the vibrations lift up things on Earth it will become much easier to deal with the type of problems that exist for you now. Peace will start to become evident as many countries turn their backs on warlike actions in favour of moves towards total peace. It will come and must come, as there will be no place very soon for such negative energies that lead to warlike actions. Already moves have taken place to bring world peace into being, and many countries have joined the movement that has brought it about. What a great relief it will be to all the people of your world, when they know that they can move around freely and safely in the knowledge that peace has come to stay.

As you have already been told, remember that when things are in turmoil it is usually a means to an end, as the old way of existing is no longer acceptable and will have to go. Many things are already lined up to ease your daily life and cannot be held back much longer. Positive steps are being taken to move things on as fast as possible, but many obstacles have to be first cleared. Much also depends on getting the right people into power and the necessary changes are taking place now and will continue to do so. They will be covered by the announcement and introduction of the new Congress that now waits in the wings for the right time to come into being. Certainly many evolved souls are already working hard to bring matters to a conclusion, and as with much work of this kind you will not hear much about it until the circumstances are more favourable.

This message comes through my Higher Self and carries the energies of Light and Love.